What Inclusion Means to the Autism Community

Inclusion has many meanings to people with autism. Commonly it refers to a movement:

Inclusion, at its core, focuses on “enabling people with learning disabilities to do those ordinary things, and make use of mainstream services and be fully included in the local community [1].” Inclusion also refers to the “delivering person-centered services, equality of access, support to use services and social inclusion [1].”

The history of inclusion is diverse, having many different influences affecting the participation of people with disabilities in education, community living, and employment. In every area we keep setting higher standards that reflect the belief that everyone should be a full member of his or her community and have access to the same opportunities that every citizen has. Inclusion was supported through several policies enacted in the latter half of the 20th century. Some examples of key legislation passed that improved inclusion are:

Each of these policies represented a key milestone in ensuring the rights of people with disabilities to participate more fully in society.

Integration of Individuals with Disabilities in the Classroom

Inclusion in education took off starting with the landmark Brown v. Board of Education decision and the subsequent parent-movement belief that children with disabilities could be educated.

As society’s view of education changed, more people challenged the idea that people with disabilities could only be educated in special classes.

Today, there is an expectation that the best practice is for individuals to learn in regular classes with other students of the same age. Increasingly this also includes preparation for the world of work upon graduation.

Supporting Adults with Autism Spectrum Disorders to be Independent

Up until the mid 20th century, people with disabilities often lived in institutions that were segregated from the community.

Beginning with the “deinstitutionalization movement,” individuals with disabilities began to see other options that were more “natural” in the community, such as living in smaller scale group homes. Many also began to have options to live in their own apartments with occasional supports.

These expectations have continued to develop, and now emphasis is placed on individuals choosing whom they live with and having their own apartment or owning their own home.

Employment Strategies Open Up Opportunities for Individuals with Disabilities

Initially, this began in sheltered workshops with the mindset that people with disabilities still needed some protection and could not quite compete with the mainstream workforce.

Today, the expectation is that individuals should work in individual, integrated jobs. Strategies like supported employment, customized employment, and self-employment provide opportunities for individuals to find jobs that are a good fit and receive the support they need to help them keep a job and advance in a career.

Family advocacy has had a long tradition in the developmental disability community. For example, The Arc started as a parent support and advocacy organization. Today, we are one of the largest nonprofits in the USA.

For example, recent efforts by the Autistic Self-Advocacy Network (ASAN) and Self-Advocated Becoming Empowered (SABE) have shown that people with disabilities can influence policy to be more inclusive. For self-advocates, their goal is not to “cure” their disability, but to make society more universally designed so that people with disabilities can have equal access and ability to social life. 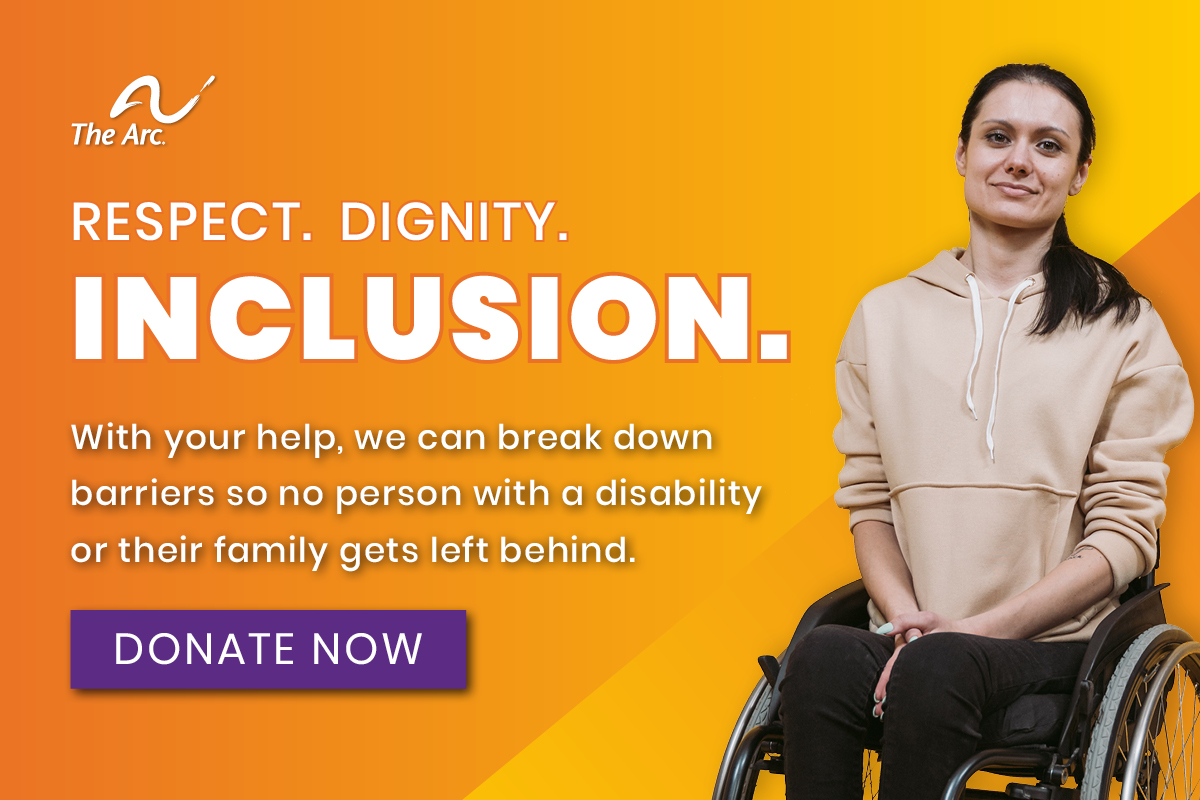